Nas & Damian Marley "As We Enter" 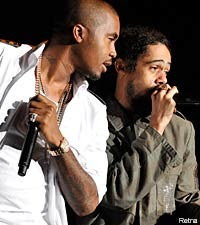 One is a hip-hop legend, the other descends from reggae royalty. This May, Nas and Damian 'Jr. Gong' Marley are teaming up for what could be the most groundbreaking new 2010 album to hit stores all year. 'Distant Relatives,' the long awaited collaboration album from the duo has been talked about for quite some time, now -- some would say, far too long.

It all began at the 2009 Grammy Awards, when Nas confirmed to MTV that he was working with Marley on a new album that would "build empowerment" and "show love." Beginning in 2008, the duo spent about three months together recording with a live band in studios across Miami and Los Angeles, according to Entertainment Weekly.

'Distant Relatives' isn't short on star power, either. Joining Nas and Marley in the studio, and making appearances on their new 2010 album are Stephen Marley, Joss Stone, Stevie Wonder, Snoop Dogg, Lil Wayne and K'naan. The thematic orientation of the album is rooted in African heritage, poverty and social commentary. As Marley told Rolling Stone, "We're trying to have a sound that's reminiscent of both of us, but not exactly like either."

After several delays, and rampant speculation about whether or not the record would ever get finished, a release date of May 19 was finally settled upon. The past few months have also seen numerous leaks that were later found to be unauthentic, but on February 23, the two finally released their first official single, 'As We Enter.' Since then, a second single, 'The Promised Land' has leaked, as reported last week by SHOUTCast. The two have also announced a 'Distant Relatives' tour, which will see them hitting stages across the US and Europe. 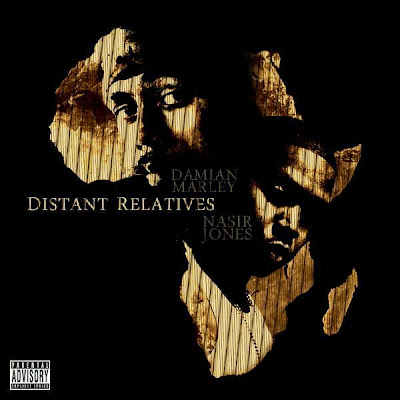