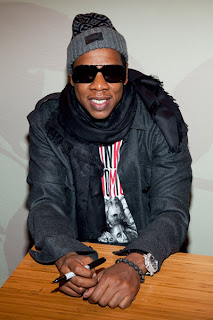 Hip-Hop Mogul Jay-Z has been hit with another Federal Lawsuit, Stemming from his Trendy Manhattan 40/40 Club.

The lawyer defending Jay-Z against a Lawsuit filed by former Employees is Seeking to withdraw from the Lawsuit, claiming the Mogul has Failed to Pay the Legal Firm for their Work.

According to The New York Post, Michael DiMattia recently wrote a letter to Manhattan Federal Court Judge Loretta Preska, who is Presiding over the Case.

Certain Employees of Jay-Z’s 40/40 Club Claim they were denied Hourly Wages and were Compensated only by Tips.

In July of 2008, Judge Preska Ruled that the Club Owners Violated New York Labor Laws after Reviewing the earning Reports for Various Employees, who showed they were not Paid for working Over Time.

Almost 400 Employees could be eligible to collect Money should the 40/40 club Eventually lose the Lawsuit.

Rex Burch, a Lawyer Representing the Workers, was Shocked at the Mogul’s Lack of Payment, which does not stem from Financial Hardship, as Jay-Z earned over $82 million dollars from 2007- 2008.


"It's Astounding," Burch told the New York Post. a Lawyer for the workers. "For Rap's Biggest Mogul, You'd think this amount of Money would be Chump Change."

DAMN HOV!!!! SAY IT AINT SO, I KNOW U AINT OUT HERE PULLING A P.DIDDY ON HARD WORKING FOLKS.