People you can take what you want from this blog. I just thought it was interesting, so I wanted to share it with my fellow readers. Sometimes people see the obvious and still doubt. So feel free to speculate, I'm going to continue to deliver food for thought.

Not many people are aware that corporations and advertising companies use specific colors, numbers, tones, patterns, symbols, and sequences in their ads and logos, that have a subversive or "subliminal" effect on the sub-conscious mind. Most (if not all) forms of media, including movies, video games, books and music, as well as religious myths, cultural traditions, commen slogans and phrases, as well as even child hood past-time games and activities (such as cards, dice, chutes and ladders, etc.) have been and are still used to covertly deliver multi-layered messages or "suggestions".

This is the well known Arm & Hammer company logo and as you can see it is a reference to the Masonic gavel, often used with the book and compass. The symbol itself is specifically of the Hammer of Thor from Greek mythology.

This is the popular "Chanel" logo. It is two C's interlocked as a reference to the 33rd degree of Freemasonry (the numerical value for two C's in the Hebrew alphabet is 33).

This is the Chrysler logo. It is a pentagram inside a pentagon (both of which are Occult symbols). The logo on the bottom is also a replica of the winged disc)symbol of "Horus" (the Egyptian son of God).

This is the Chevron gas logo and it is actually the "Double Ashlar" of Freemasonry. The symbol is two three-dimensional boxes (one on top of the other) with the higher box representing the secret societies literally "on top" of and regulating civilization (the lower box). The colors blue and red are also a reference to the blue and red degrees of Masonry. 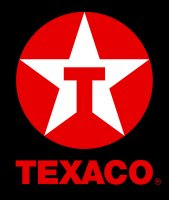 This is the Texaco gas company logo. The "T" symbol in the middle is the powerful "Tau" of ancient Greek and Hebrew alphabets, and is placed in the center of a pentagram with strong use of the color in this "sigil".

This is the Exxon gas company logo. The two X's crossed into is actually the symbol of the Royal Cross of Loraine, whom are a very powerful and wealthy French royal family.

This is the ARCO gas logo. The red square is a commen Masonic symbol and in this logo it is also made to look like a sky view of a pyramid with the capstone missing from the top (see The American Dollar).

This is the Information Awareness Office logo (an extension of the Department of Defense). As you can see it has the symbol of the pyramid with the All Seeing Eye over-looking (over-ruling) planet Earth.

We see a similar motif of the All Seeing Eye inside the pyramid capstone in the America Online company logo. 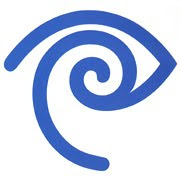 In MSN messenger (third icon from the top, also the fifth icon is a reference to The Mark Of The Beast). 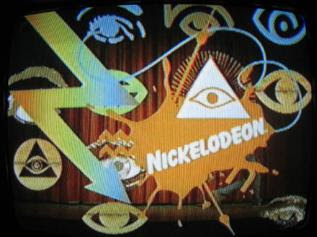 Here is the All Seeing Eye used by Nickelodeon (can you find all 12?) Also, the lightening symbol on the left is the light of "Lucifer" (man radiated in its spiritual state) coming from Heavenly planes down to the material realm.

This is the Starbuck's logo. The woman in the center is the Egyptian Goddess "Isis" with two snakes on her side merging at her crown as a reference to infinity or "divinity". The three stars in the logo are also a reference to the Holy Trinity. 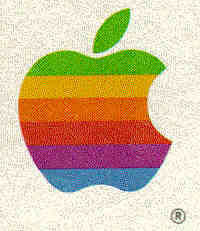 This is the Apple computer logo and it is actually an Occult reference to Eve's forbidden apple with the bite taken out of it from the Creation Story (the colors used are also of significance). 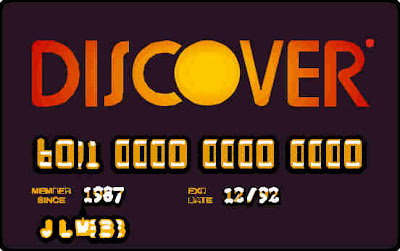 This is the Discover card logo. It is actually meant to read Disc-Over with the yellow "O" as an astrological reference to ancient Sun worship. 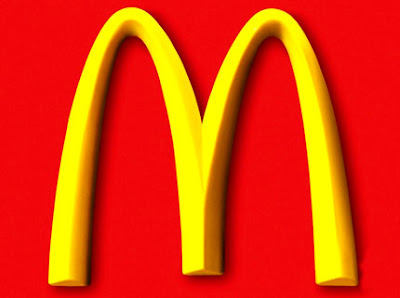 This is the famous McDonald's logo. Most people think the logo is an "M" but it is really an astrological reference to the horns of the Aeries Ram from the Zodiac. 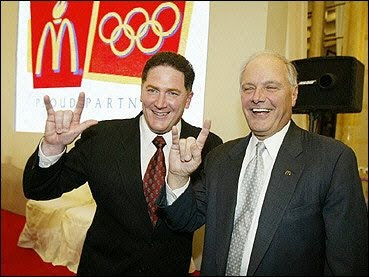 Did you know that the word corporation breaks down to "corpse" and "o-ration" literally translating to "to make into a corpse"? Is it a coincidence that these "corpse-o-rators" are causing so much ecological and spiritual damage, as well as promoting over-consumption. The word "consumption" literally means to choke or suffocate, and is a reference to gluttony. In ancient times to have "consumption" was a serious disease and was considered "poison" Today, thanks to extensive conditioning and heavy programming through media, it is accepted as regular every day culture....


It is time to wake up. Don't take your destiny for granted. You are the guardian of your own mind. What you are told, do, and think today, you become tomorrow. Look at what every pure new born soul that enters this world evolves into..

The product is not for you... 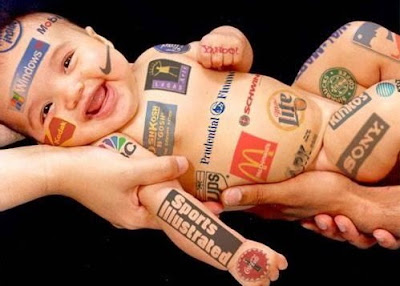