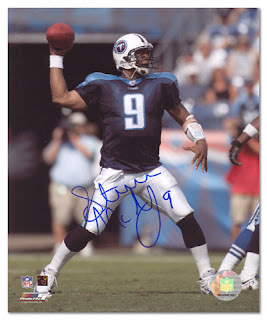 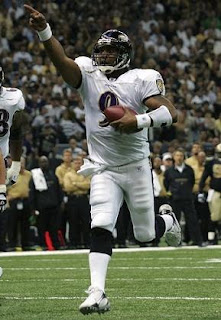 Police said it looked like a double homicide. A female victim was also found dead. Details were still unfolding.

McNair retried from the game last year after playing with the Baltimore Ravens.

The 35-year-old McNair guided the Ravens to a 13-3 record in 2006, his first season in Baltimore after 11 years in Tennessee. But he injured his groin during the season opener last season and never regained the form that enabled him to earn a berth in four Pro Bowls.

McNair began his career in 1995 with the Houston Oilers, who eventually became the Tennessee Titans. He led the team to four playoff appearances, including the Super Bowl after the 1999 season. He was named co-MVP of the league in 2003, sharing the award with Peyton Manning, after throwing for 3,215 yards and 24 touchdowns with only seven interceptions.Ex-Ravens QB Steve McNair Shot To Death

MY HEART & PRAYERS GOES OUT TO THE McNAIR FAMILY,YOUR'LL NEVER BE FORGOTTEN,ESPECIALLY FROM THE CITY OF BALTIMORE & ALL TRUE RAVEN FANS.WE'LL ALWAYS REMEMBER WHO LEAD US TO THE BEST RECORD WE EVER HAD 13-3. R.I.P STEVE McNAIR
Posted by B. James at 4:57 PM